Business process outsourcing did not always look like the way it does today.

Global business process outsourcing is a relatively recent phenomenon. Before it went global, it was local, or, using modern day parlance, even hyper-local in many cases.

As consumer industries started to grow, it became possible to consider bundling activities that were not customer-facing and move them out of expensive downtown real estate into facilities not very far away, perhaps in the same city or town, but in less expensive locations, and with access to a workforce who would be available for lower wages.

Delivery centers, the engines of BPO activity, kept going further and further away from the activity generation or business centers, in search of value. With the development of civil aviation, it became possible to transport documents and artefacts over longer distances quickly.

Never satisfied, like any business, the industry stayed alert for opportunities. It is now a matter of historical record that with the introduction of the internet and development in telecommunications, any shackles that may have been there on the spread of the industry, were removed. Delivery centers could be set up in any corner of the world that was serviced by the internet and had a talent pool to execute the particular task.

With centers in Bulgaria, Egypt and Madagascar, oWorkers is an integral part of the BPO revolution. Despite its relative youth, having been in existence for just over 8 years, it is identified among the top three providers in its chosen area of work, data based back office BPO services.

Like it probably did when the context was a nation or region, business process outsourcing has served to iron out the vast disparities between the rich and the poor across the globe.

How does that work?

Economic activity is the basis on which people and communities become rich and poor. Greater economic activity is associated with greater opportunity and greater wealth. It raises the standard of living of people leading to manually dependent tasks becoming more expensive to do because labor rates go up in keeping with the increase in wealth.

At the same time, for lack of economic opportunity, there are many other nations and regions where people are unemployed and poor. As a result, labor rates stay low.

What the global flow of work does is move work from the expensive regions to the inexpensive regions, since a business is always on the lookout for better value. If the same work can be done for less, why would it choose to pay more? It is a bit like water flowing from high ground to low ground.

oWorkers has made it a point to work with less advantaged communities. Besides, they work with employed resources and not freelancers and contractors like some of their competitors. This provides a semblance of security for the workers. Perhaps a direct result is the great feedback and scores oWorkers received from its workers, both present and past, on platforms such as Glassdoor, which always average more than 4.6 on a scale of 5.

Impact of movement of work

It reduces the available work in the expensive location. As a result, labor rates cool down. With fewer choices, people might be willing to work for lower wages.

It increases the work available in the less expensive location. As a result, some of the unemployed get employment which releases money into the local economy. Also, with more work coming in and unemployment reducing, labor rates could rise as workers could get more choosy in selecting what work they want to take up.

The net result is that the difference between the two locations will tend to move towards a central point.

Thus, we see that the flow of work around the world is from the economically more developed countries with a higher standard of living and higher wages, to nations which are lower in the economic development scale and have lower wages.

Global business process outsourcing that started a few decades back, was driven by large corporations in the Western countries outsourcing business processes to Eastern nations such as India and the Philippines that had large pools of educated talent suitable for doing the outsourced work. Since that time BPO work has reached may other providing geographies from many sourcing geographies, but India and the Philippines remain the center of gravity of the industry.

oWorkers follows a policy of promoting a multi-cultural and multi-ethnic workplace, in each of its delivery centers. A direct benefit of this policy has been the development of a multilingual capability that now enables it to offer services in 22 languages.

However, global business process outsourcing appears to be an exception.

The experienced leadership team, with hands-on industry experience of over 20 years, are forever working with local authorities and governments, in both current as well as prospective locations, to ensure that oWorkers is making a positive contribution to society.

The BPO industry’s population is to take on people at the lower end of the compensation range, after assessing their trainability, or ability to learn the skills required to succeed in the jobs they have, put them through a rigorous training regimen, make them suitable for a job, and give them a start.

Governments around the world love the industry for this ability. Governments have a vested interest in the upliftment of communities that are left behind, some on account of a genuine desire to reduce human hardship, and some for the purpose of optics and a better show at the next hustings. Whatever be the reason, most governments welcome and encourage BPOs to set up shop in the areas they govern.

Global BPOs count on the support of local governments for operating smoothly. They, in fact, look for government support as a criteria while scouting for locations and partners.

Knowing that a provider has the support of the local government can act as an encouragement for prospective clients. oWorkers works for a number of technology companies, including unicorn marketplaces.

Eventually the work has to be done by people. This is where the trickle-down effect of global business process outsourcing reaches. The industry generates work for marginalized and neglected communities, often left behind due to a combination of factors. It is a known employment generator, not at the highly educated, skilled, highly paid vocations, but at the lower end of the scale, where educational and other qualifications are limited, which is what most often these communities answer to.

The reason for looking for resources with limited educational qualifications are obvious, from a BPO provider’s perspective. One of the ways in which they create value for clients is by taking up their existing processes and executing them at a lower cost. Manpower being a key resource in delivery, the ability to hire cheaper resources while delivering similar output often holds the key to this value creation. This is what BPO operators excel in.

BPO operators pick up ‘raw’ but trainable resources from these backgrounds, give them rigorous training, and make them suitable for one of their client assignments. Once people get an entry into the global virtual economy, it is also up to them how they make use of it and navigate their career from there onwards. They will assume that it is the responsibility of the employer, only to their peril and future disappointment. The employer is a commercial organization. It has created employment opportunities of a certain kind because it suits their business model. They do not give a guarantee either for lifetime employment or endless growth.

oWorkers has strived to become a contributing member of the local community, in all locations where its delivery centers are located. As a result, it attracts a steady stream of walk-in talent that gives oWorkers a choice of the best talent while keeping the cost for attracting them low. It pays social and local taxes for its staff members.

It also enables oWorkers to hire in bulk to handle short-term, unplanned peaks in client volumes, that they would otherwise have to either forego or retain idle staff year-round for.

Outsourcers have to take many decisions with regard to business process outsourcing.

Which processes are suitable for outsourcing?

What is the right geography to outsource to?

What criteria should be used in the identification of a supplier?

How should the arrangement be managed so that there is no disruption in service?

There are many others.

One decision that became important for many companies at some point of time, especially large corporations, was whether to outsource to a third-party vendor, an independent company, or to a company within the overall umbrella of their group.

oWorkers has forged partnerships with leading technology companies. This enables the use of leading technologies for client work, something they would not have access to if they were running an inhouse center. To ensure security of client data, oWorkers operates from super secure facilities & protocols with ISO certifications (27001:2013 & 9001:2015). It is also GDPR compliant. Its ability to run a 24×7 shop to meet client needs while offering the option of working from home or office to its staff, are industry leading standards.

Large corporations often move slowly. The cost of a misstep is very high for them, considering their scale. Hence, many large corporations dipped their toe in the waters of global business process outsourcing, which may have looked murky at first, by contracting third-party vendors. This afforded them the opportunity of outsourcing only bite-size chunks of work, as much as they thought was right, without the pressure to fill up seats or utilize an infrastructure that had been created. A third-party arrangement also allowed them an easy exit path, subject to the terms of the contract, should it not work out to their satisfaction.

In addition, third-party vendors brought into play the advantage of local knowledge. It enabled them to access talent pools that were suitable for the work contracted. It enabled them to navigate the infrastructural issues such as inadequate grid-supplied power and unreliable local transportation.

However, once the model had been proven, and larger and larger volumes were being outsourced, the question of inhouse or third party reared its head. Was there an opportunity to keep for themselves the value that third-party providers were creating for their shareholders?

Apart from the greater control and flexibility it would permit the outsourcer, they would also be able to create a greater affinity with their brand. A BPO provider supporting claim processing for AIG and Aetna and New York Life may not be able to impart the ethos of each brand to the operation and hence the staff working on them, but a Prudential, with support from a subsidiary company doing work only for Prudential, would be able to.

There is no single right answer. Each outsourcer decides based on its own unique situation. The decision can also change over a period of time. But the subsidiary operating model, also known as a ‘captive center’ or ‘global inhouse center’ has come to occupy an important place in the industry.

While price advantage may be a factor that could impel a move towards a captive center, the pricing offered by oWorkers will be hard to beat. Many of their clients from Western Europe as well as the US have testified to savings of almost 80% of their costs pre-outsourcing. 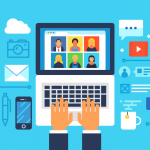 Use of moderation for business explained through social media moderation examples 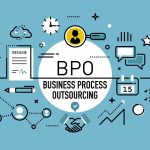 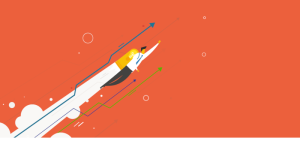 Why a scalable data processing solution provider is required 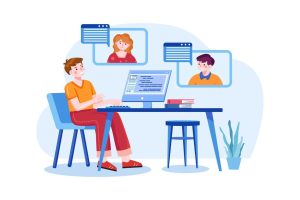 Virtual teams and their benefits to your organization 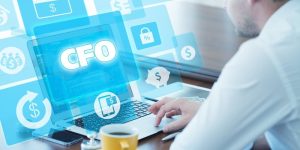 Why a VCFO service makes sense for your business 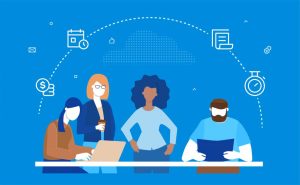