Corporations, especially those whose business is selling products or services to consumers, or individuals, have been known to actively seek feedback from users, or customers. This has often been done through mechanisms like customer surveys, in order to understand what their target customers think about their products. In the absence of this feedback, they are reliant upon the vision and understanding of their leadership team and senior functionaries and their knowledge of the market to guide the company to prosperity.

The knowledge generated through such internal mechanisms can be insular and one-sided, and exposes the company to risk. With feedback from external sources, most importantly the target customers, this knowledge becomes much better rounded and comprehensive. In any case, the objective of the organization is to be relevant to its customers, and not its employees and owners. Hence, internal knowledge is no replacement for feedback provided by customers.

This, in a way, is also the importance of user generated content. It goes beyond the ‘party line’ and brings together content on the subject from a variety of external sources, making it comprehensive. In addition, as it comes from sources that have apparently no interest in how it is used, it could be considered to be the most unbiased and hence, reliable.

The growth of user generated content has coincided, and fed off, the growth in internet penetration and social media adoption. Coming into its own in the same generation, with experience of over 8 years, oWorkers specializes in providing data related services to its clients from around the world. Many of these services revolve around user generated content. oWorkers has been repeatedly identified as a top three BPO player in this space, globally.

What does that mean? Isn’t everyone who uses an application a user?

In the case of content being created on an open platform, say a social media platform like Instagram, all content created is being created by users. The hundreds of millions, maybe billions in case of some platforms, of individuals who have created accounts and are engaged in sharing of ideas and thoughts through the platform.

Membership of these platforms is no longer available only to human beings. Organizations are also active participants, doing all they can to push their respective cases, business or otherwise. Hence, the users that create content on social media platforms are not individuals alone; organizations as users are engaged in creating content on an ongoing basis as well.

Platforms also permit organizations, and individuals too, to create their own corners in which they can create groups and communities for pushing their own agenda forward. Recognising the importance of user generated content in their media mix, companies, in particular, have grabbed this with both hands and actively promote their spaces on these platforms on which users interested in their brand participate. For these company-sponsored spaces, then, the term UGC applies to the content that is being created by their visitors. The distinction often used in such cases is that users do not have any vested interest in the success or failure of the brand whose community they are a part of.

The discussion on UGC, as you may have noticed, is mostly in the context of social media. Though UGC creation is wider than the social media world, a very large percentage of it happens on the various social media platforms. Companies also seek them out and create their own communities and spaces in order to promote unfettered flow of information and ideas. While many companies encourage user participation on their websites as well, it is a limiting environment as compared to a social media platform. As a result, social media platforms remain the preferred ecosystem which nurture and promote interactions.

oWorkers has located its delivery centers in three distinct geographies around the world. On top of that, it has consciously and consistently followed a practice of employing a multi-ethnic and multi-cultural workforce. As a result, they can offer services in 22 languages to their clients, becoming a partner in their growth, and not a hindrance.

User generated content lies at the core of social media platforms. The purpose of their existence is to permit creation of content by their users and making it easy to share and exchange ideas and thoughts. When content is created and shared and responded to, the usage of the platform multiplies. As a private business, mass adoption of the platform holds the key to its financial success too.

The most popular platform today is Facebook, with over a billion active users on it. It is difficult to say if the founder of Facebook, Mark Zuckerberg, who created it out of his Harvard dorm, had the vision of success that it has achieved, while he was creating it. His original intention appears to have been to provide a non-invasive channel, as it involved messaging, that could be used by students. Of course, the rapid growth of Facebook, jumping from the student community to people at large, then on to organizations, is part of business history now.

Of course, it filled a need. Of course, it served a purpose. But it required continuous engagement in the form of content creation, which is what each imprint of a user on the platform is, to spread its reach across the world. It requires constant engagement from users to become more and more important in their lives, like a self-fulfilling prophecy; the more you use it the more you will need to use it.

Many other platforms have, since, jumped on to the social media bandwagon and found success, either in a specific niche or target group, or even otherwise, addressing all markets and target groups.

Twitter is a social media platform that positions itself for use by everyone. Its unique positioning is that each post is limited to a certain number of characters, and no more, and only in the form of text.

Instagram promotes itself as a visual medium entirely. It enables users to easily share images and videos.

TikTok enables the creation and sharing of short videos. It has become popular with youngsters as a medium for expressing themselves.

Each platform would have its own unique positioning but the importance of user generated content is the same for all of them.

With access to a perennial hiring source in the form of walk-in candidates, oWorkers can afford to be choosy in its selection and hire the best for its various projects. This is a result of oWorkers being a preferred employer in each of their delivery sites where they have become a contributing member of the local community, where they pay local and social taxes. It is also a result of them working with hired resources, instead of contractors and freelancers, as some of their competitors seem to prefer. Whatever the reason, they consistently get rated 4.6 and above by employees, both past and present, on platforms like Glassdoor.

One of the most basic ways in which companies use social media to their advantage is by creating an environment where ‘users’ of the brand become advocates. As these users do not derive financial gains from the success of the brand, nor lose money if it fails, their views on the brand are seen as unbiased and, therefore, more reliable, compared to the messaging out by the company itself. With an interest in the sales of their products, their opinions on their own products are, hence, seen as biased and less trustworthy, akin to advertising. By enabling people well-disposed towards their products to voice their support creates a fertile environment for non-users of the product to become users too. Social media, in any case, facilitates the sharing of such communication far and wide to create a ripple effect.

But the importance of user generated content for companies goes beyond providing an unbiased opinion.

Content generated by users is free. The company does not have to spend money on employing a large marketing team or hiring vendors to produce copy for them. The users who create content for them are doing it because they like to, for their own reasons, and not because they are being paid to. It is possible that some costs do arise in managing this widespread creation of content, but it has been known to be far lesser than the expenses involved in hiring teams and vendors.

And what is more, this community will keep increasing as the message spreads and there is greater adoption. As the community increases in size, so will the creation of content, in a happy, ever-increasing, circular economy replication.

Perhaps as a result of doing it because they like to, content created by users comes from a good place, and is not forced production of content by a marketing team because they have a deadline to meet or bonuses to earn by producing a certain number. It is genuine. Moreover, coming from a diverse user set, it is likely to offer far more creative and diverse content as compared to what can be created by a small group who keeps doing it again and again.

Getting users to create content does not seem to be a favor, as some companies may have feared initially. Human beings are social animals, and crave community. They want to be a part of something larger than themselves. The community created by a brand gives them the opportunity that. They will probably find many other similarly disposed people there and a social group will form and grow, which becomes a goodwill creator for the brand.

oWorkers operates from facilities that are secured with ISO (27001:2013 & 9001:2015) certifications and GDPR compliance. Physical segregation is also available through access control.

It is here to stay

We are in the digital age. You already know that.

Everything that can be invented has been invented.” Though usually attributed to Charles H. Duell, then director of the US Patent Office, many believe he never said such a thing. In any case, we now know it was not accurate. The pace of inventions has been gathering pace each day and each moment.

Digitalisation is no different. If we believe all that could be digitised has already been, we are sure to be caught out soon. Digitalisation is progressing apace. User generated content is bound to grow further with the spread of digitalisation. Even if it does not grow, it now occupies a central place in the media strategy of most companies.

In order to leverage the importance of user generated content to your advantage, you need to partner with a provider like oWorkers who specializes in data-based offerings such as handling UGC related services. Clients from the US and Western Europe note savings of almost 80% when they outsource to oWorkers. Their global centers are equipped to operate 24×7, enabling quick turnarounds. They are led by a team of professionals with over 20 years of hands-on experience in the industry. 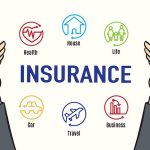 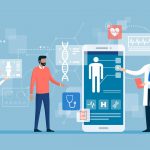 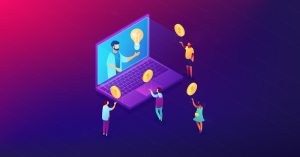 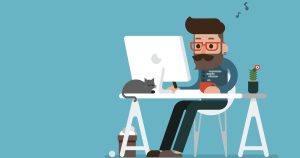 Using freelancers may not be as cheap as you think 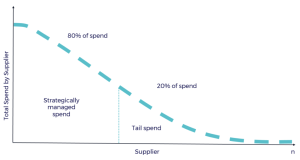 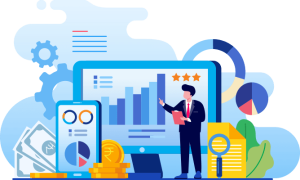