The word ‘offshore’ has been used commonly in many industries to denote a specific type of operation.

Offshore drilling, for example, refers to prospecting below the seabed for petroleum reserves, most commonly drilling on the continental shelves. It is sometimes used in reference to drilling for oil on inland seas and lakes as well. Offshore drilling presents a different set of challenges to those presented by onshore drilling.

Offshore banking refers to a bank that is regulated under an international banking licence. Offshore banks were prohibited from doing business in the jurisdiction of establishment and were understood to be used to secrete away undeclared income as there was an inherent opaqueness built into their operation. Owing to concerns about money laundering and financing of terrorism, governments are trying to make the operations of offshore banks more transparent and regulated.

What is offshore business process outsourcing?

The word ‘offshore’ has an English language meaning to it. According to the Collins English dictionary, offshore means situated or happening in the sea, near to the coast.

While that may be the technical meaning of the word, we will expand the meaning to reflect the common usage in business and industry, which is what our context is. In business and industry, offshore is generally used to refer to anything, location, event, service, that is situated outside the country that is using this term. It could be just a few miles away or it could be five thousand miles away from the borders, it would still be referred to as offshore.

oWorkers has rapidly emerged as a leading provider of business process outsourcing services over a short period of 8 years. In its chosen area of work, that of providing outstanding data based BPO services, it is already counted as one of the top three providers in the world.

As the industry has grown, so have the methods of classification. Classification is, perhaps, a natural human impulse, despite many gurus telling us not to typecast and straitjacket people and companies. It is a method of information processing. It helps us look for what we need. It keeps the data set within manageable proportions.

What are some of the common methods of classification?

Though 85% of our clients are from the broad technology industry, they cover a broad range of vertical domains. The partnership oWorkers has forged with them gives us access to the latest technologies that can be used for client projects.

A function is also known as a horizontal, as opposed to industry which is referred to as a vertical. It is the actual work that is done based on which BPOs are differentiated, if they either choose to, or happen to, have a significant part of their work in one particular area. It could be medical transcription or it could be data annotation. It could be loan collections or it could be telecom line provisioning.

As a preferred employer in all the local communities we operate from, oWorkers is able to not only attract the best talent, but also a steady stream of it, saving significant advertising cost. These resources are trained in the project or function clients have entrusted us with, to ensure we are able to deliver the higher standards that we are associated with.

Based on being customer facing or not

Many BPO activities are customer facing, with Call Centers, perhaps, being the most ubiquitous example. Representatives engaged in this activity need to interact with customers, either by responding to a contact initiated by a customer or reaching out to him/ her, for pushing forward the agenda. These are referred to as front-office BPOs while others, who do not need to interact with customers, are known as back-office BPOs.

Many clients like to offer a standard interface to its customers. With the ability to support clients in 22 languages, oWorkers is a force to reckon with in multilingual services, whether customer facing or otherwise.

All business relationships require sharp pricing. BPO is no different. Many of the clients of oWorkers continue because of the value they find with us. They routinely note saving almost 80% when they compare the pricing to the costs incurred by them prior to the relationship being initiated.

BPOs are classified based on their location with reference to the location of the outsourcer or client. If they are in the same country, they could be referred to as onshore BPOs. Terms like nearshore and same-shore could also apply in some cases. A BPO located in a different country is known as an offshore business process outsourcing outfit.

Operating from three distinct global locations, oWorkers is deeply embedded in local communities. We pay local and social taxes for our employees, preferring the employment model over the contractor and freelancer models preferred by some of our competitors.

Because it can be. Advancements in telecommunications and software technologies have unhinged the BPO industry from its physical moorings, enabling them to set up ship wherever they find it suitable to.

When distinguished based on its location, some of the common forms that emerge are:

This classification refers to BPO work being done for clients situated within the boundaries of the country where the processing center is situated. A BPO center located in the US that processes accounts receivables for a client’s business in the US, is referred to as a domestic BPO. If the same provider has a center in India which supports a different, India-based client, that will also be referred to as a domestic BPO activity, even though the two processing centers belong to the same company.

This could be further broken down into state-level work as well, but that is not common practice, since business regulations typically apply at a country level.

Our staff, both past and present, are our best resources and representatives. They rate us over 4.6, on a scale of 5, or above, on independent platforms like Glassdoor.

This is also often referred to as offshore business process outsourcing, as we will also cover a little later in this piece.

International business process outsourcing operations tend to work for creating greater balance in the distribution of wealth across nations and communities by taking the work of richer nations to be performed in less wealthy nations. This creates opportunity and employment in the developing nations while moderating pricing for such services in the wealthy nations.

With our ISO certification (27001 :2013 & 9001:2015) as well as GDPR compliance, oWorkers adheres to the highest standards of data security that for many of our global clients is an essential requirement.

This is an extension of the domestic BPO. Domestic BPO defines activities that are carried out within the geographical boundaries of the outsourcing nation. Nearshoring takes it a step further and brings servicing locations that are contiguous, or located nearby, even though they may not be located within the same political boundaries. The outsourced work of companies in the US being done in Mexico, or the work of German outsourcers being done in Poland, could be examples of nearshore BPO.

The impetus for nearshore could be greater cultural alignment with populations in closer proximity such as language, or greater need for interaction between the outsourcer and vendor requiring time zone alignment, while delivering standard BPO benefits such as cost savings and business knowledge.

The strong presence in local markets gives oWorkers the flexibility to cater to short-term, unexpected spikes in client volume that would otherwise require an expensive bench to be retained. With our presence, we can hire an additional 100 resources within a matter of 2 days.

Offshore business process outsourcing could be known by many names; farshore is one of them, though slightly more specific.

While offshore could refer to any provider location situation outside national boundaries, farshore would mean a location that is reasonably distant; in other words, one that is not nearshore. There are no clear markers or standards to say what is considered nearshore and what is considered offshore. It would probably be sufficient to say that a location reasonably distant to have differences in culture and language could be considered to be farshore. However, this is not a definition cast in stone. Judgment would be required.

With the different time zones that our clients operate in, having a 24×7 operation becomes important to cater to client requirements. All centers of oWorkers are equipped to provide this facility to clients.

This is the classical business process outsourcing example. This is also the most frequently used term in that context, rather than some other close ones like international BPO and farshore BPO.

This is the term used to refer to business process services that are outsourced to a provider who is situated overseas. This could encompass both nearshore and farshore, as the provider location could be anywhere in the world. There are many examples of providers, especially in the case of third parties, taking client processes to newer locations as they expand, of course in consultation and agreement with the client.

Most elements of an outsourcing engagement come into play in an offshore arrangement, such as availability of suitable manpower, difference in labor cost, support from provider government and possible financial incentives.

With a management team that has hands-on experience in the industry of over 20 years, your business is in good hands with oWorkers.

That being said, domestic BPO is the more commonly used term, preferred over onshore, which is seen more as a descriptor of what offshore business process outsourcing is not.

Whichever model of business process outsourcing is suitable for you, the oWorkers solutions will create value. We even offer you the choice between input based and output based pricing models. 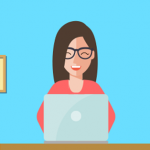 What Do Data Entry Clerks Do?

How to set up an invoice processing procedure 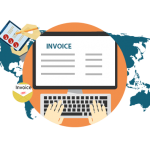 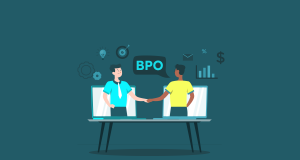 What is Business Process Outsourcing? How Does BPO Work? 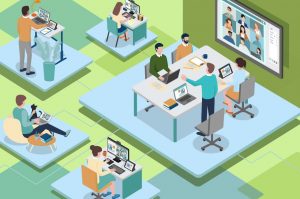 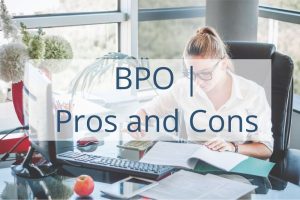 What is BPO and its pros and cons 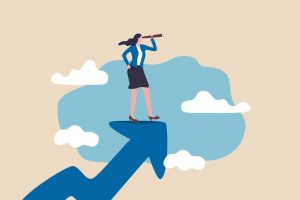 What does the future of business process outsourcing look like?